The Gentlemen of the Cloth

In which Mr. Tilney has a secret.

A gentleman stood in the church, looking around with an anxious air. His dress was subdued; a black coat and trousers, gray great coat, sturdy boots, and a wide-brimmed hat pulled low over his eyes. His wife had told him that he looked quite smart when he left her for his important mission.

He heard footsteps behind him, and turned to see who had joined him; and then he knew that his own raiment, however glorious it had seemed in his own dressing-room, was merely ordinary.

A long, long great coat made of black leather swirled around shining top boots, separating in front to reveal close-fitting black suede breeches. A black shirt and waistcoat, a loosely-tied black muslin cravat, and a wide-brimmed black hat completed his ensemble. He had a crossbow tucked under his arm. The first gentleman took some comfort from the fact that his own hat was not that much different from the leather-coated gentleman’s.

“Hello, Edward,” said the second gentleman in a friendly tone. “Always good to see you.” He held out his hand.

Mr. Tilney took a bottle from his pocket and handed it to Mr. Ferrars. “Holy water. Have you enough stakes?”

Edward checked his pockets. “Yes, I have a dozen.”

“Yes.” He held up a carved wooden cross.

“My dear Henry, I do wish you would endeavor to get along with Mr. Bertram,” said Edward. “He is one of the League, and as much a hero as any of us.”

“That’s not a very nice thing to say about a fellow priest.”

“But truthful. You must admit it is truthful.”

Mr. Ferrars was silent, and Henry nodded and smiled.

The church door creaked open, and a gentleman in a dark suit and dog collar came in. He looked at Henry and said, “Leather, Tilney? A bit much, don’t you think?”

“Good to see you, as always, Bertram,” said Henry. “The leather wears well.”

“Oh, no doubt,” said Edmund with a sneer.

“And it provides extra protection against vampyre teeth and fingernails. You might want to look into it.”

Edward looked alarmed, and rubbed the woolen sleeve of his own great coat.

Henry noticed his movement, and smiled at him. “Sturdy wool is quite as good, Ned, have no fear.”

“And we know you know fabrics,” said Edmund, still sneering.

“Now, gentlemen,” said Edward, “we have a particular and very important mission to complete tonight. Let us pledge to put aside our personal differences until then.”

“I have no objection,” said Henry.

“Nor do I,” said Edmund, looking rebellious.

Henry handed him a bottle of holy water. “Have you a cross?”

“I daresay I’m more likely to have one than you are,” said Edmund.

“Yes, I believe I have two or three.”

“You should have at least a dozen,” said Henry. “Here, I’ve a stash under the altar.” He pulled out some stakes and a bag that Edmund could sling across his body to hold them.

“Ned has reminded me of my duty,” said Henry, “a duty that we all share: to protect Miss Jane Austen from the forces that seek to destroy the world she has created. Gentlemen, let us put aside our differences and remember our duty as we complete our mission. Remember Miss Austen.”

The door of the church opened, and Henry and Edward turned, weapons at the ready.

Yet another clerical gentleman came in. “Many apologies, gentlemen,” he said. “I did not mean to be late, but my esteemed patroness required my services. However, I am here now, and ready to help, if you would just be so kind as to show me how I am to go on. I am very afraid that my training has not been concerned with these supernatural matters. We have no call for such at Rosings, but then Rosings is such a superior sort of place.” He stopped, one sensed more to take a breath than because he was finished.

Henry looked at Edward and whispered, “I thought we agreed to not tell Collins about this operation.”

They both turned and looked reproachfully at Edmund.

“Mr. Collins is a duly ordained priest,” said Edmund, his chin lifted high. “He is ever ready to perform those rites and ceremonies which are instituted by the Church of England. It would be neither proper nor right to leave him out of our endeavor.”

“This is just like you, Bertram,” said Henry. “Very well, then, you can keep an eye on him. If a vampyre bites you while you’re tending to Collins, don’t worry: I’ll stake you myself.”

“I do not know why our leader put you in charge of this mission,” said Edmund. “Your disposition is not serious, and this is a serious mission.”

“Our leader knows that I have some experience in this sort of activity,” said Henry.

“Only because the authoress of this metafiction has a mystifying and stubborn tendre for you.”

“Well, just because you don’t have fangirls, Bertram–”

Edmund flushed. “I do so have fangirls!”

“I mean besides your wife.”

“Gentlemen,” said Edward, raising his hands. “Mr. Bertram, why don’t you see that Mr. Collins is properly kitted out?”

“My apologies,” said Henry to Edward. “He brings out the worst in me.”

“No apology necessary. As you said—wanker.”

Once Mr. Collins was fitted out with holy water, cross, and stakes, the sun was sinking, and they prepared to move out into the churchyard.

Mr. Tilney led the way, leather great coat flaring around his booted feet as he walked. The other gentlemen of the cloth fell in behind him (Mr. Collins clinging rather closely to Edmund). Henry stopped in the middle of the cemetery, and the gentlemen readied their weapons.

A sudden wind stirred up a whirlwind of leaves, and when it subsided, a vampyre stood before Henry.

“You,” said the vampyre with deep loathing.

“I,” said Henry, tracing a finger along the trigger of his crossbow.

“You know your fight is useless,” said the vampyre, grinning to display his sharp fangs. “The recent enthusiasm for vampyres has not abated. Books, films, television, romance, mystery, police procedurals—we’re everywhere. We can’t be stopped by heroes from Jane Austen novels, for Nosferatu’s sake. Everyone knows men in Jane Austen’s novels are underwritten as characters. Andrew Davies said so.”

“Movies,” said Henry. “Movies don’t count. The person, be it gentleman or vampire, who has not pleasure in a good novel, must be intolerably stupid–” He fired an arrow from the crossbow, and the vampyre exploded into dust. “–or completely dusted.”

“Hush!” cried Henry, holding up his hand. The gentlemen then realized they were surrounded by dozens of vampyres. Mr. Collins gave a little screech.

“Fear not, gentlemen,” said Henry. “I have not yet employed our secret weapon.”

Henry raised his fingers to his mouth and gave a sharp whistle. A figure all in black dropped from the sky, landing in front of them. He moved in a blur, whistling noises filling the night as he whirled around them, tossing slim wooden stakes with deadly force. Vampyres howled and exploded into dust around them.

The figure in black turned to face them. His face was masked.

“Gentlemen,” said Henry, “May I present the reverend Charles Hayter? Well done, Hayter. We can handle it from here.”

The figure in black disappeared as instantly and as silently as it had arrived. Henry fired his crossbow, reloaded with one motion and fired it again, and again, and again. The other three gentlemen snapped out of their astonishment and, cheered by these early successes, went to work with a will. Soon the vampyre squadron was thoroughly dispatched; even Mr. Collins acquitted himself respectably, and carried himself as though he had planned and carried out the entire operation.

Henry regarded him with tolerant amusement and let him chatter on about Lady Catherine and Rosings Park. He said quietly to Edward, “I am to return to headquarters to make a report. Will you accompany me? I think a report from your perspective would be valuable to leadership.”

“You flatter me,” said Edward. “I will accompany you.”

Edmund, who had been ignoring Mr. Collins while straining to overhear their conversation, said, “I will come along as well, Tilney. I do not trust you to give an unbiased report.”

“Now, Mr. Bertram, I must protest,” said Edward. “There is no reason to believe Mr. Tilney would not give a full report; and I hope you are not impugning my honor, sir.”

“Nothing of the kind, Mr. Ferrars; but I still insist on accompanying you both.”

“You cannot leave me here alone,” said Collins in a frightened squeak.

“Can we not stop even for a small bite and sup?” asked Mr. Collins pathetically.

Henry did not answer him, but strode out of the churchyard, hat pulled down low over his brow, the tails of his great coat flaring behind him. Edward followed him.

Collins looked at Edmund pleadingly, but Edmund said, “We should go, Mr. Collins,” and followed. Mr. Collins took one last quaking look around the churchyard, and scurried out behind him. 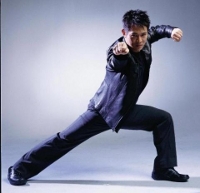 With Special Guest Star Jet Li as the Rev. Charles Hayter*
*Because frankly the only way to make Charles Hayter remotely interesting is to make him a ninja. Also, every story is better with a ninja. 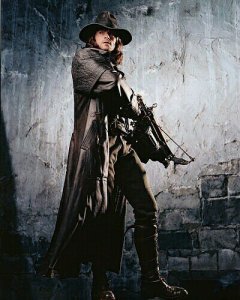 31 thoughts on “The League of Austen’s Extraordinary Gentlemen: Part the Fourth”