The Gentleman in Charge

In which we at last meet the leader of the defensive action.

The butler opened the door. He said, “Welcome, Mr. Tilney,” and admitted him immediately. “Are all these gentlemen with you?” he asked as Mr. Ferrars, Mr. Bertram, and Mr. Collins filed past.

“Yes, sir.” He led the way and opened the door to admit them.

The vast ballroom was in a bustle of activity. As the gentlemen of the cloth entered the room, a passing gentleman stopped and exclaimed, “Hullo, Tilney!”

“Very well, indeed. We’re all the best of friends now, aren’t we, gentlemen?” said Henry with a grin. “Wouldn’t travel to Derbyshire without them.”

“I beg your pardon, Mr. Bingley,” said Mr. Collins, “I am very sorry to bother you, but is there any food, or drink of a, er, fortifying nature, about? We have been traveling for two days in such revolting conditions, sir, I cannot describe to you–”

“Henry!” shrieked a young woman. She thrust a pot of tea into Mr. Bingley’s hands and flung her arms around Henry’s neck.

“Hot! Hot! Hot!” said Mr. Bingley in a strangled voice, and thrust the teapot into Mr. Collins’ hands. Mr. Collins let out a shriek and flung the teapot away from him, and it shattered on the floor.

Henry, emerging from a passionate kiss with the young lady, said with a grin, “Cat, my love, have you some hot tea and a crust of bread for a hard-working vampyre slayer?”

“Yes, I’ll fetch you something right away.” Mrs. Tilney regarded the mess on the floor with dismay. “I’m sorry, Mr. Bingley.”

“No worries, Catherine,” Bingley assured her. “More where it came from, I dare say. Pemberley will provide.”

“Oh, yes. Henry, this is such a grand house,” said Catherine, clinging to her husband’s leather-clad arm, “but I’m afraid it’s very modern and in good repair. No ruins at all, I’m told.”

“How unfortunate for you, my sweet. But let me take care of business and then we can get caught up.” He looked at Bingley. “Is he ready for me?”

“I daresay. He’s been waiting to hear from you.” He pointed to where a large table stood to one side, covered with maps and dispatches and surrounded by gentlemen, several in uniform.

One of the gentlemen, tall and handsome, was, from his demeanor, and the deference of the other gentlemen, clearly in charge of the operation.

“I am glad to hear of your detachment’s success, Colonel Brandon,” he said to that gentleman. “The zombie threat has not gone away, but it seems to be weakening.”

“Time will do much to conquer this threat,” said Colonel Brandon. “All such fads pass.”

“Indeed. Please convey my compliments to your detachment.” Colonel Brandon bowed and went off with General Tilney to discuss strategy.

The gentleman turned to the newcomers. “Henry,” he said, clasping Mr. Tilney’s hand. “I am very glad to see you.”

“And I you, Darcy. How goes the defense?”

“Very well.” He turned back to the maps. “Colonel Brandon’s detachment has defeated a nest of zombies, and Mr. Knightley’s group is hunting werewolves through the full moon. How went your maneuvers?”

Henry opened his mouth to answer, but found that Edmund had been at his elbow, listening closely. “I would like to give a report,” he said, rather loudly.

“Mr. Tilney is more than capable of giving me a report,” said Mr. Darcy in tones of quelling civility.

“Mr. Tilney has an unaccountable bias against me,” said Edmund. “As do you, Mr. Darcy. I believe you to be unduly biased by the authoress of this metafiction.”

Darcy was growing impatient. “Do you know what she calls me, Bertram? Cranky McJerkpants. Does that sound like someone who could influence me?”

“Do you know what she calls me?” said Edmund. “The Lord High Mayor of Wankerville!”

Mr. Bingley laughed, but quickly covered it up with a cough. Edmund gave him a dirty look.

“Edmund,” said a soft voice, “do come away and let Mr. Darcy work.”

“Remember, Edmund, every fiction is influenced by its author. Miss Austen treated both us very well indeed; we are not so easily affected by a bit of misplaced humor.”

“Indeed,” said Henry. “All of the members of our detachment acquitted themselves very well, including Mr. Bertram.”

“There,” said Edward, relieved. “Mr. Darcy, you have our report.”

“You should listen to this one, Darcy,” said Henry, clapping Edward on the shoulder. “He should have been a diplomat. If anyone can broker a peace against the monsters, it is he.”

“I look forward to hearing any ideas you might have, Mr. Ferrars,” said Darcy.

Admiral Croft approached them, waving a piece of paper excitedly. “Mr. Darcy, a dispatch from Frederick—that is, Captain Wentworth. The fleet has found and destroyed a sea-serpent.”

A cheer went up, along with a cry of “Huzzah for Wentworth!” Mr. Collins, who had been provided with a cup of tea and a sandwich, lifted his food and nodded energetically.

“What is it, Darcy?” Henry asked him in a low tone. “I can see in your and Bingley’s faces that something is wrong.” Bingley joined them, holding a plate of sandwiches; Henry helped himself to one.

“No matter how hard we work,” Darcy said quietly, “no matter how many successes we have, it just doesn’t stop. We blow up the sea monster, they come back with werewolves. We destroy the vampyres, and mummies pop up. Why do they seek to tear apart Miss Austen’s work in this violent manner? Why can’t they just let the readers enjoy it in peace?”

Henry held up a hand to placate his leader. “I do not believe that all of the authors seek to destroy,” he said. “Many of them love Miss Austen’s work; though perhaps not wisely, but too well.”

“It’s mostly your fault, you know, Darcy,” said Bingley, munching on a sandwich.

“Why do you say that?” said Darcy, a little offended.

“Oh, you know. The Darcy mystique. They read the book or see the movies and go wild. They want more than Miss Austen saw fit to give.”

“Oh, I know,” said Darcy in a disconsolate tone. “And you have no idea what it is like, either of you. It’s Darcy this and Darcy that. Every title of every book must have ‘Darcy’ in it if it is expected to sell. Every actor who plays me must be handsome and tall, and generate legions of fangirls who will create videos and macros and icons with heavily filtered images and loopy fonts. They cannot control themselves.”

“And they drag the rest of us from Pride and Prejudice along with you,” said Bingley. “If I’m not a fool, I’m a libertine. Nobody sees me as a normal, rather witty and amusing fellow.” He grinned at Henry. “When people think witty Austen hero, they think Tilney here.”

“That’s why I started this defense,” said Mr. Darcy, kicking moodily at the table leg. “I thought it might help. But I wonder if we’ve only made things worse. At least all the monsters have made people forget–” He looked consciously at Bingley, who blushed and sidled away from Darcy.

“The slash?” said Henry, much amused.

“It’s all very well for you to laugh,” said Bingley.

“Oh, come now, gentlemen! I am the one accused of having the muslin fetish, remember?”

Bingley and Darcy had to admit the justice of this.

“I just wish I could get out there and fight them myself,” said Darcy. “I am pretty handy with the foils, you know.” He made a few motions as if fencing.

“We agreed that you were too important to the oeuvre to be risked,” said Bingley.

“Soldiers are easy enough to find,” said Henry. “You are our leader, Darcy. Everyone knows that.”

“And yet I am the most persecuted of you all,” said Darcy bitterly. “Either they’re stripping me of all my dignity, as well as my smallclothes, or they have me carousing with Lord Byron—to whom I’ve not even been introduced—or treating my dearest, loveliest Elizabeth like a common doxy. They think I have the morals and self-control of a tomcat. What have I done to give anyone that impression, I ask you?”

Henry coughed, a noise that had an echo to it of the words “wet shirt.”

“And that is not my fault! Indeed, it is my cross to bear. I have not been left alone since that untoward moment, which was not even of my own creation, nor of Miss Austen’s.”

“Perhaps we can help with that,” said a voice behind them. The gentlemen turned; several men stood there, with the others looking at them warily. Henry caressed the trigger of his crossbow.

“You have no part in this,” said Edmund Bertram. “You are no gentlemen!”

“Fine words, Bertram,” said the first man. “There was a time when you liked my company well enough; and you, too, Miss Fanny Price.”

“And my sister is desolate that she is not.”

“Mr. Darcy, I strongly caution you against letting Crawford have any part in this,” said Mr. Bertram.

Colonel Brandon came forward. “And I must protest Mr. Willoughby’s participation,” he said, indicating the second gentleman, who bowed mockingly.

“You have always been a party pooper, Brandon,” he said. “And you are jealous of my past relationship with Mrs. Brandon.”

“I assure you, Mr. Darcy, that I do not speak from unfounded prejudice against Mr. Willoughby. He is not to be depended upon, as my ward discovered to her sorrow.”

“And that fellow,” said Admiral Croft, pointing at Mr. Elliot. “I don’t like the cut of his jib.”

“And he,” said Henry, indicating John Thorpe, “is pretty much a blockhead.”

“I do not,” said Mr. Darcy. “But let us examine this. Mr. Crawford, you mentioned that you wished to assist our endeavor.”

“Not so much with the monsters,” said Crawford. “Really, we’ll leave that to you heroic types. But the overly, er, stimulated fangirls—we believe we can help you there.”

“Who better, indeed?” said Darcy. He looked around at his staff, who all regarded the blackguards thoughtfully.

“It’s a bold, aggressive action,” said Colonel Brandon. “Perhaps it is what is needed for this particular application.”

“I feel as though I ought to let out one of those evil villain laughs,” Mr. Elliot said to Mr. Crawford as they left the ballroom.

“Or at least twirl my mustache, if I had one,” said Mr. Crawford.

“We can at least do—this,” said Willoughby, swirling the cape of his great coat in a villainous manner.

The other blackguards liked it, and swirled their own great coats enthusiastically.

“Now just a minute,” an irritated Henry Tilney called after them. “I’ll have you remember that the great coat is my schtick!”

“Nothing is sacred any more,” said Darcy, shaking his head. 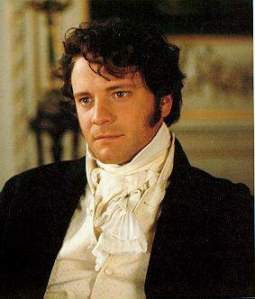 And then none of the others really matter, do they?

18 thoughts on “The League of Austen’s Extraordinary Gentlemen, Part the Fifth”