We were delighted and bemused to see several articles celebrating the 18th anniversary of the release of Clueless (which, as apparently some people don’t know, is really a fairly faithful adaptation of Emma, though set in 1990s Beverly Hills). We have loved Clueless from the first time we saw it, mostly delighted with its intelligence and humor and Amy Heckerling’s obvious affection for Emma. We don’t think she could have done such a masterful job of adapting the novel for a modern audience if she didn’t love it; or at least she respected the heck out of it, which is good enough for us. 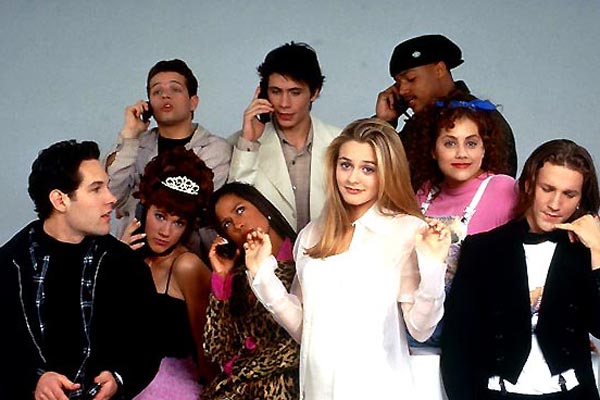 We re-watched the film last night, and realized the film is not just amusing but educational. Herewith, Things We Learned From Clueless:

We heard that Amy Heckerling and Alicia Silverstone were thinking about a sequel. Can we offer a possible treatment, based upon another Austen novel?

It’s time for Bronson Alcott High School Class of 1996’s 20-year reunion. Cher and Josh got married, of course (it IS an adaptation of an Austen novel) and maybe have a kid or two, but got divorced, oh, eight years before. (A number we just pulled out of the air. *cough*) He is an environmental lawyer. She is a party planner.

Dionne and Murray also got married, and have some kids, and fight a lot. He tends to go off and do his own thing and leave her with the kids. Mr. Hall and the former Miss Geist are still around, and actually have become friendly with Josh. He stays with them so he can see his kid(s). He becomes interested in a younger woman.

Elton is trying to get in with Cher again, but she still thinks he’s kind of creepy. Travis Birkenstock is still broken-hearted over the death of Tai, but also develops an interest in Cher, who is kind to him, but doesn’t really share his romantic interest.

Well, you can probably tell where we’re going from here. Amy, darling, call us? 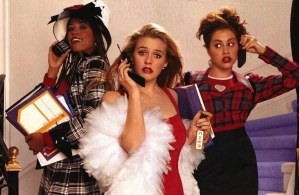 Elsewhere on the web, BuzzFeed has a tribute to Clueless, and Jezebel had a gif party! (Be aware, there is one shot of Stacey Dash on the page that is not work-safe.)

10 thoughts on “Things We Learned From Clueless”